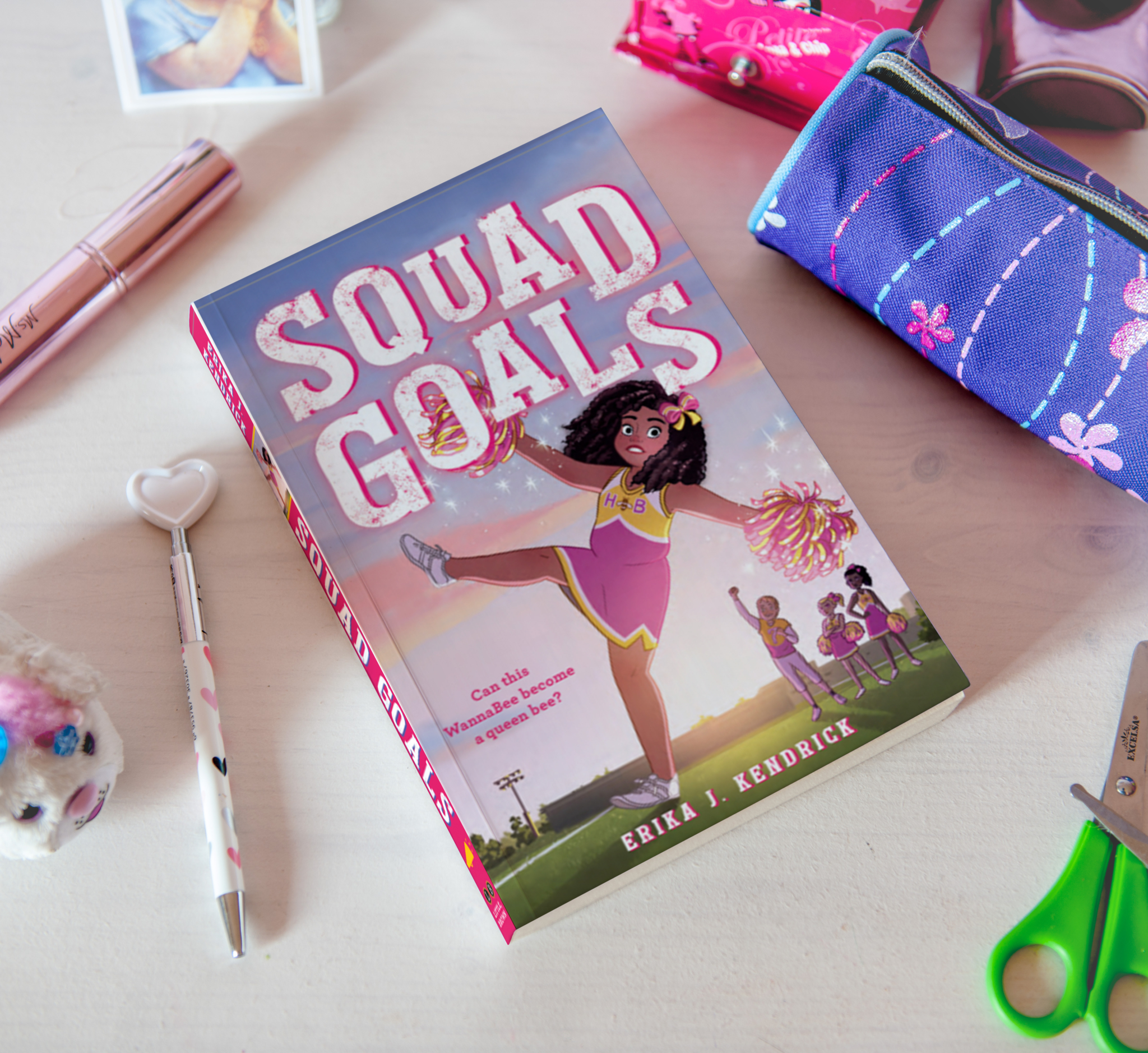 Camp is in session in this cheer-tastic middle-grade novel about making new friends, finding your place, and learning to embrace your inner Magic.

Magic Olive Poindexter has big shoes to fill. Her mother was a professional cheerleader, her father is a retired NBA legend, her big sister is the new face of the oh-so-glamorous Laker Girls, and her grandmother was the first black cheerleader ever on Valentine Middle School’s HoneyBee cheer squad. Magic wants nothing more than to follow in their footsteps. But first, she has to survive Planet Pom Poms, the summer cheer camp where she’ll audition for a spot on the HoneyBee squad. But with zero athletic ability and a group of mean girls who have her number, Tragic Magic is a long way from becoming the toe-touching cheerleader heroine she dreams of being.

Things start to look up when her best friend Cappie joins her at camp—until Cappie gets bitten by the popularity bug, that is. To make matters worse, Magic’s crushing hard on football star Dallas Chase. Luckily, Magic’s not alone: with the help of a new crew of fabulous fellow misfits and her Grammy Mae’s vintage pom poms by her side, Tragic Magic might just survive—and even thrive—at cheer camp. 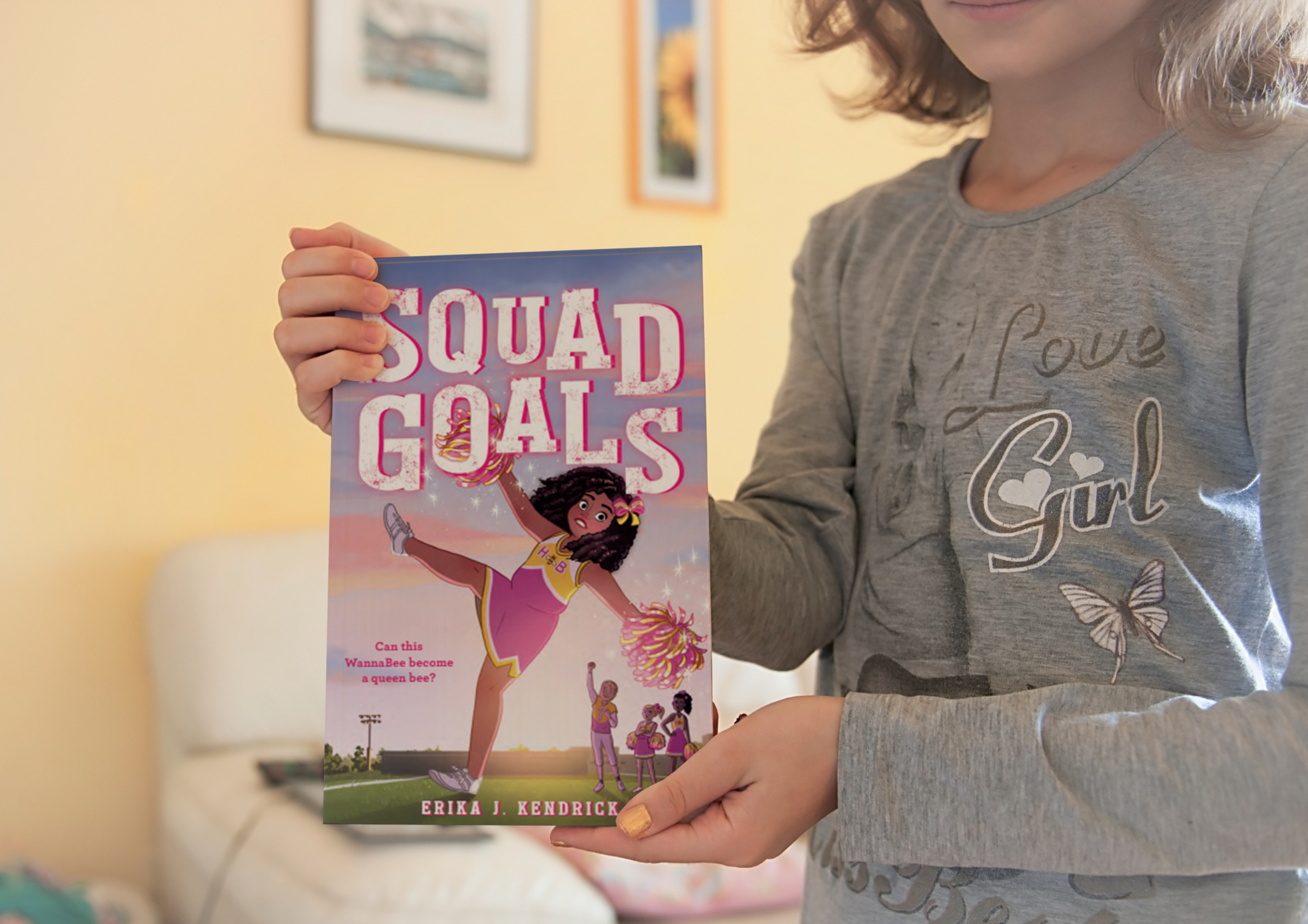 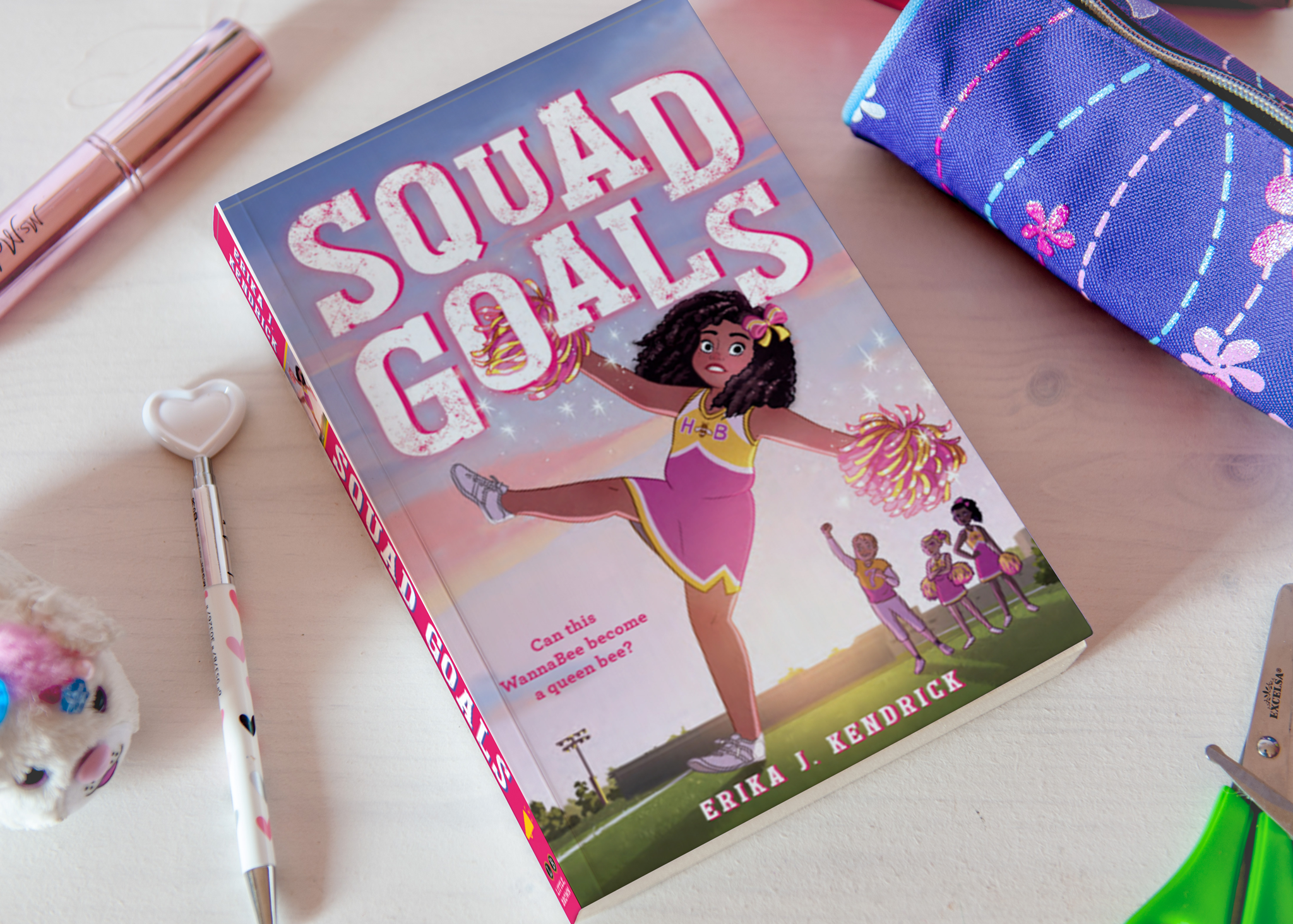 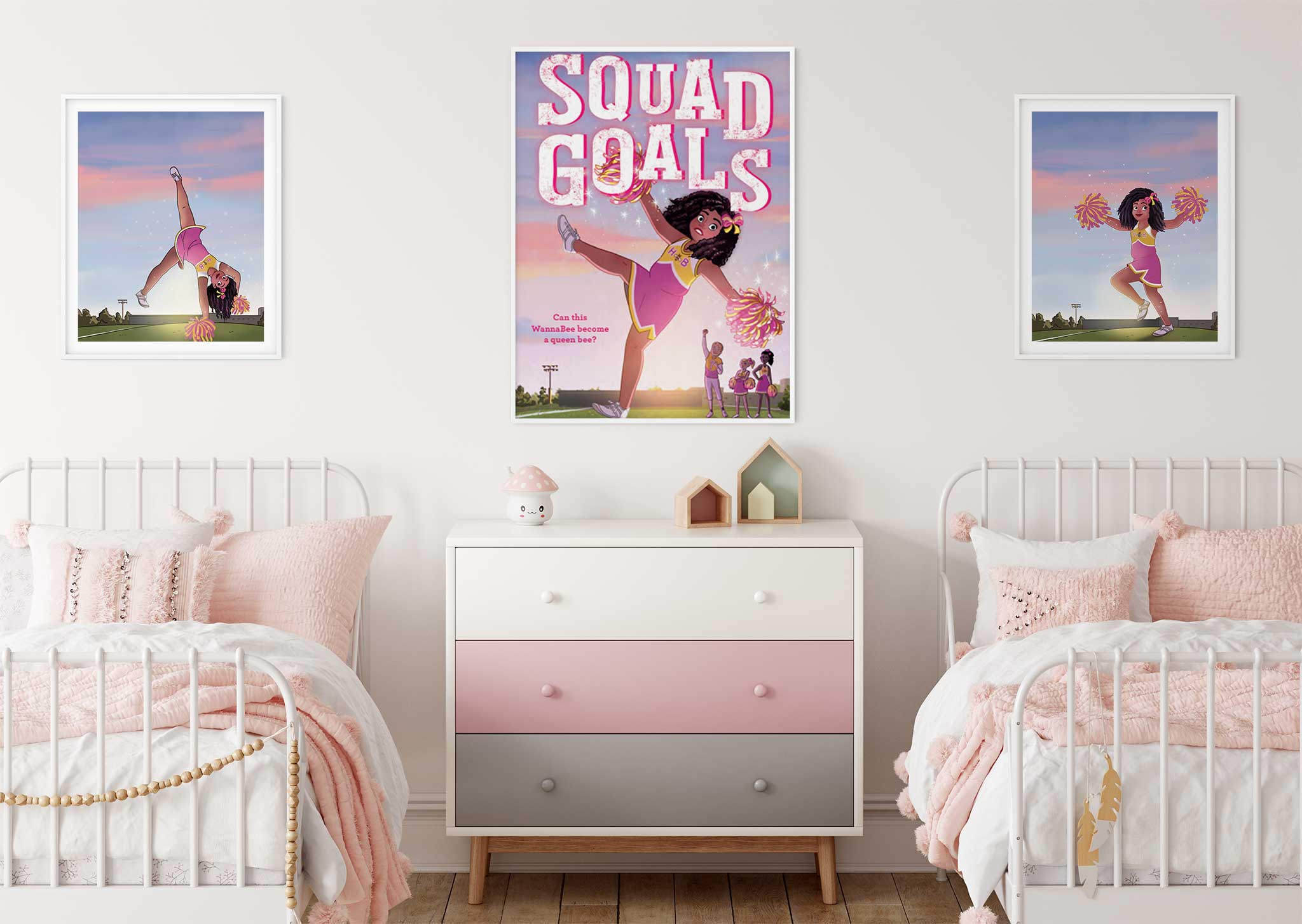 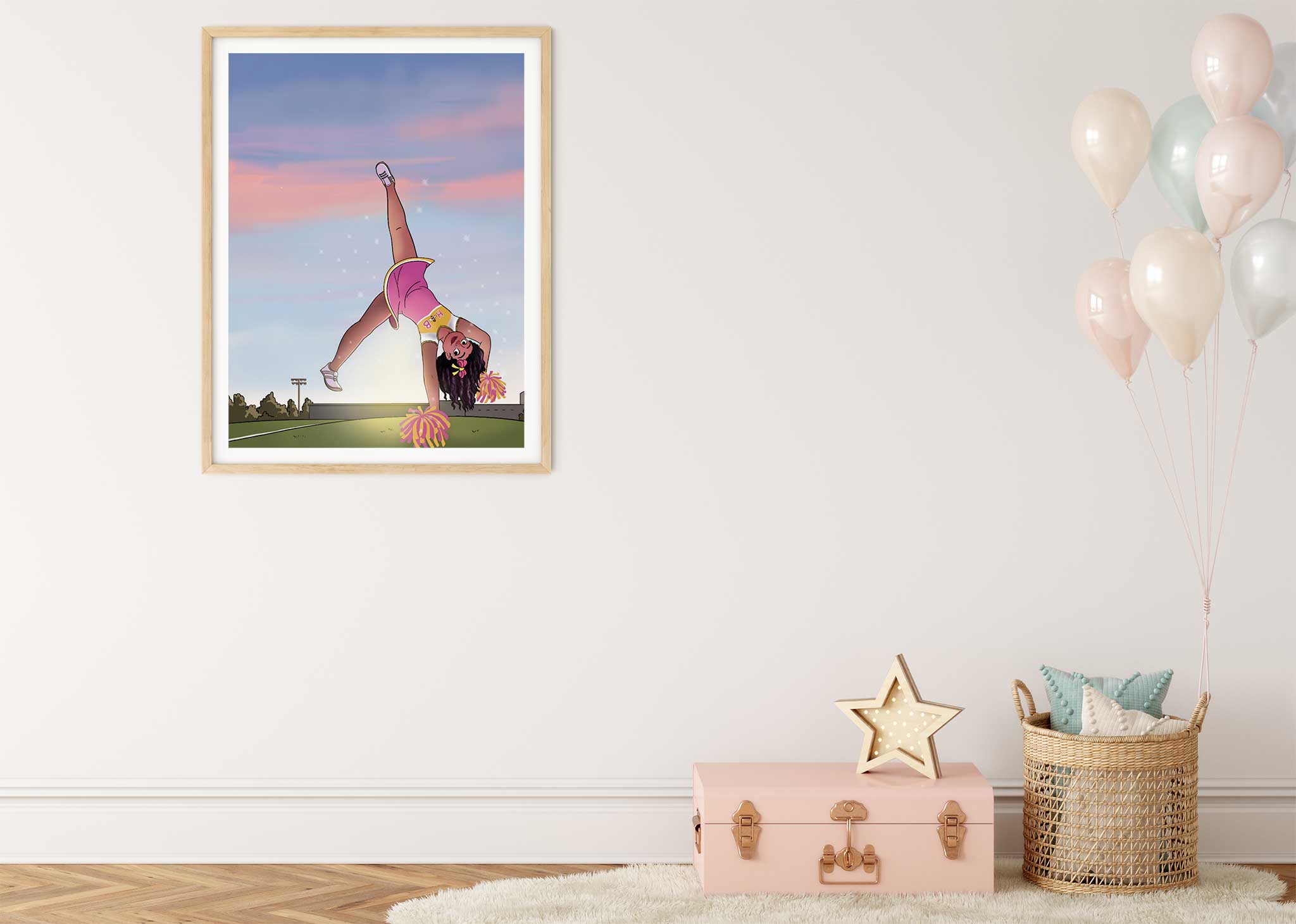 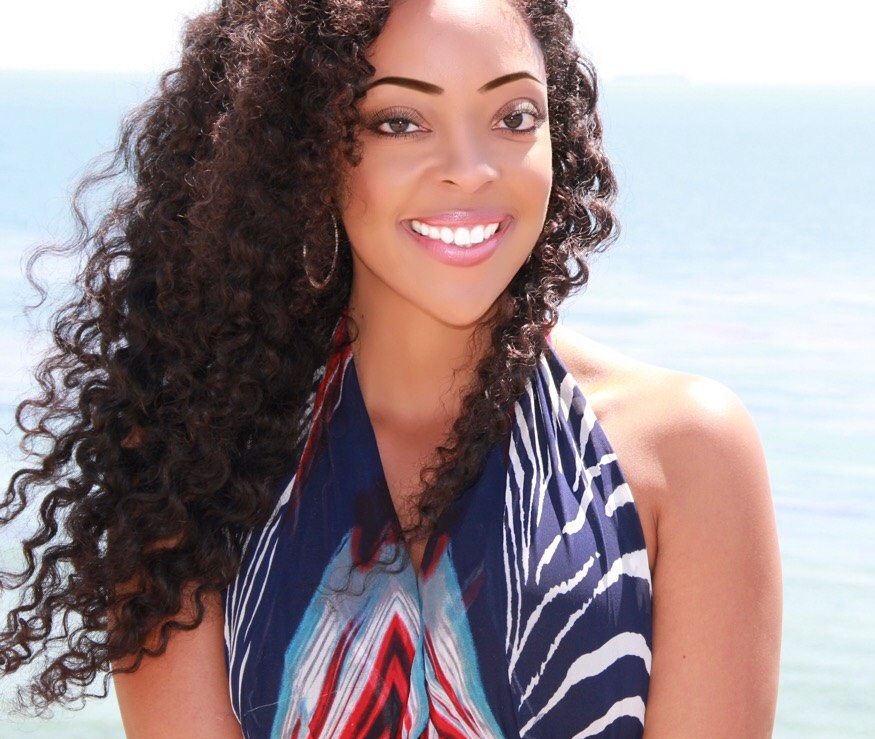 Erika J. Kendrick is an acclaimed writer, a national speaker, and a mental fitness expert. She earned a psychology degree from Stanford University and an MBA in marketing and international business from the University of Illinois at Chicago. Erika was an NBA cheerleader for the Chicago Bulls before writing her novels, Confessions of a Rookie Cheerleader (Random House) and Appetite (Random House). Her debut middle grade novel, Squad Goals, with Little, Brown Books for Young Readers was released April 6, 2021. The spinoff, Cookie Monsters, is set for a summer 2022 release.

Fans Can’t Get Enough of Magic!

“I purchased for my goddaughters and within a day or so of receiving their copies, they reported back that they loved the story and the characters. I hope this becomes a series!”

“Squad Goals really is a charming, cute read. There’s a plucky, awkward heroine, embarrassing but loving parents and older sister, a ‘from-diapers’ type of friendship with best friend Capricorn, and the main character’s dream to step into her family’s legacy… I couldn’t help rooting for Magic and the rest of the friends she made at the summer cheerleading camp.”

“This is one of the best middle grade books I have enjoyed in a long time. It was so funny and sweet. I could not put it down once I started. Magic is a such a fun protagonist.”

“This is the happiest, most delightful, CHEERIEST book I can remember reading in a long time. Magic is such a great protagonist. She’s the fish out of water in her athletic family, but she never wallows in angst. It’s SO REFRESHING to have a MG book with a loving and supportive and happy family! Recommend this for any little girl without reservations.”

-Stacie, “Reading Too Many Sad Books”

“Magic is such a lovable, kind, sweet character…If you love coming of age and girl power you should read this book!”

“It was amazing. Squad Goals was an adorable MG novel about family legacies, new friendships and personal growth. I adored Magic. She was so mature, introspective, sweet, kind and the kind of girl other girls should look up to. I hope this becomes a series.”

-The Next Gen Librarian

Get Updates in your inbox from Erika and more