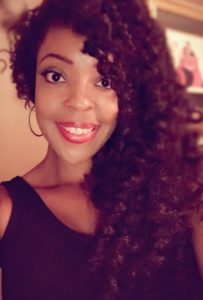 Erika J. Kendrick is an acclaimed writer, a national speaker, and a mental fitness expert. She earned a psychology degree from Stanford University and an MBA from the University of Illinois at Chicago. Erika was an NBA cheerleader for the Chicago Bulls before writing her novels, Confessions of a Rookie Cheerleader (Random House) and Appetite (Random House). She is currently touring her debut middle grade novel, Squad Goals, with Little, Brown Books for Young Readers. The spinoff, Cookie Monsters, is set for a summer 2022 release.

After battling her brain pain, Erika founded Mental Fitness For Life where she launched her latest Mental Fitness book tour, “Who Moved My Happy?” While talking to audiences of all backgrounds and ages, Erika shares her story of brain pain and inspires hope by creating safe spaces for life-saving conversations. She has presented and guest lectured at colleges and universities as well as the US Army and US Air Force, national sororities and fraternities, middle and high schools, conferences, retreats, and national organizations, large and small. Erika has toured with the American Foundation for Suicide Prevention (AFSP) and is a speaker with the National Alliance on Mental Illness (NAMI) where she has been inducted into their Hall of Fame.

Erika is a recipient of several “Who’s Who” honors, a Rising Icon honor, and several Awards of Excellence. Erika has taken the stage for TEDx, appeared on Good Morning America – The Third Hour (GMA3), NBC News, CBS News, The Wendy Williams Experience, national television and radio segments, and a host of other media outlets. She has been featured in several publications, including Page Six of The New York Post, The Huffington Post, The Chicago Tribune, and various other magazines and digital media.